The moment occurred during a campaign stop on Tuesday when a reporter asked Lake about a recent spike in Google searches for her name and how so many people wanted to know if she was a “election denier.”

That prompted her to cite the many instances of Democrats outright denying election results, from failed presidential candidate Hillary Clinton to failed gubernatorial candidate Stacey Abrams.

“Here are 150 examples of Democrats denying election results,” said Lake as she held up a stack of documents.

“This is from Joe Biden’s press secretary: ‘Reminder, Brian Kemp stole the gubernatorial from Georgians and Stacey Abrams.’ A Democrat saying that. Is that an election denier?” 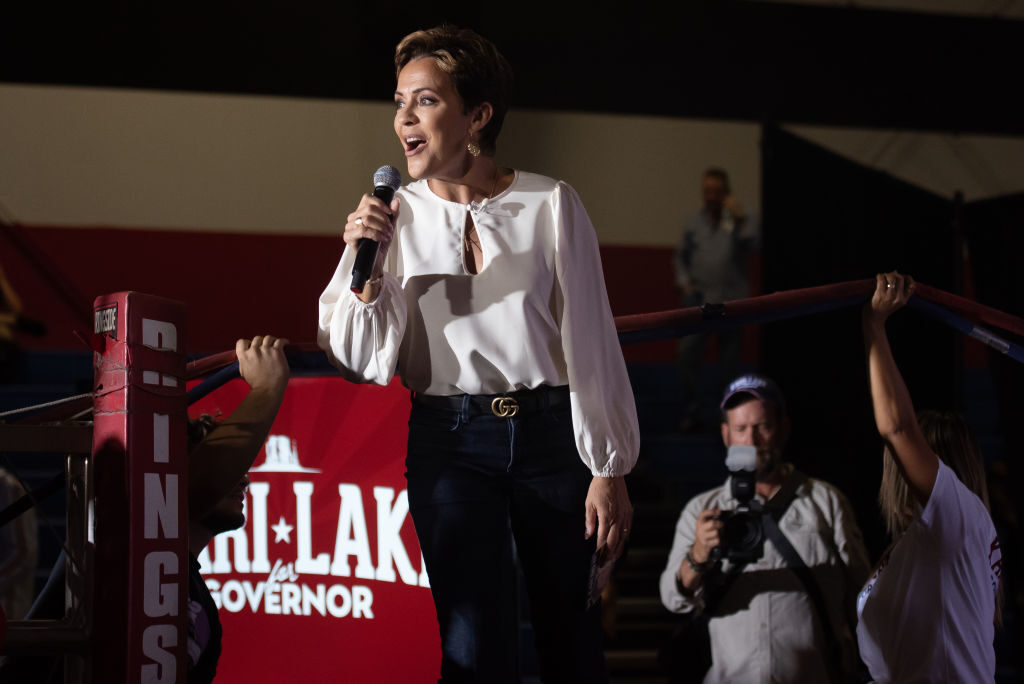 “Hillary Clinton: ‘Trump is an illegitimate president.’ Is she an election denier?” continued Lake.

“‘Was the 2016 election legitimate? It now definitely is a question worth asking.’ That’s the Los Angeles Times.”

Lake then called out the media for their blatant double standard regarding their treatment of Democrats who question election integrity.

“So it’s OK for Democrats to question elections, but it’s not OK for Republicans? It’s a crock of BS. Every one of you knows it. We have our freedom of speech and we’re not going to relinquish it to a bunch of fake news propagandists,” she said.

“Since 2000, people have questioned the legitimacy of our elections,” she added. “When I’m governor, we’re going to make sure we have honest elections. We want the Democrats, the Independents, and the Republicans to all know that their vote counted. We want fair, honest, and transparent elections.”