“Unfortunately, many of the very people responsible for losing the Senate last cycle are now trying to stop us from winning the majority this time by trash-talking our Republican candidate,” Scott wrote in the Washington Examiner about the establishment uniparty in Washington, DC.

“It’s an amazing act of cowardice, and ultimately, it’s treasonous to the conservative cause,” Scott continued. “Giving anonymous quotes to help the Washington Post or the New York Times write stories trashing Republicans is the same as working with the Democratic National Committee.”

Speaking with Politico, Scott called out McConnell directly for misaligning his political agenda with the NRSC, which is in charge of reclaiming the Senate in November:

Scott noted in the Examiner that the “self-appointed ‘smart guys’ in Washington think they (not the voters) should be able to choose our candidates.”

“The D.C. crowd should not choose candidates, and they do not, and they will not,” he added.

Scott, who won his Senate seat in 2018 and become the NRSC chairman in 2020, has been rumored as a potential opponent to McConnell’s Senate leadership position. Former President Donald Trump reportedly pitched Scott at Mar-a-Lago in February to run against McConnell. “You should run for Senate majority leader,” Trump told Scott. 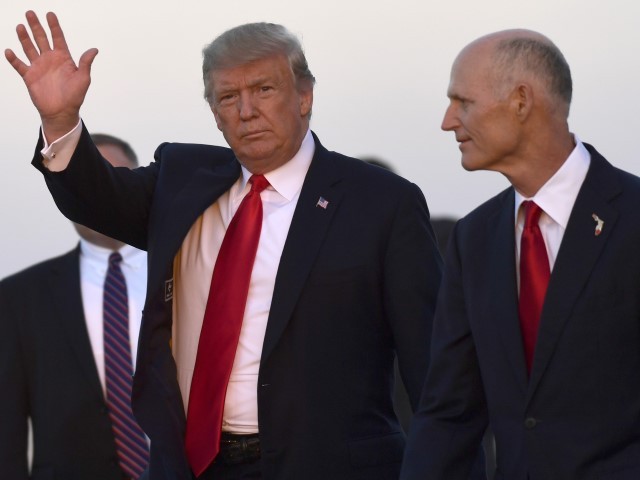 Throughout McConnell’s leadership, illegal immigration has flourished, the national debt has grown by nearly $20 trillion, and real wages for American workers have remained stagnant since the 1970s. Obamacare was enacted in 2010. Big financial institutions were bailed out in 2008, and social media companies have disappeared individuals without repercussions. Dr. Anthony Fauci remains unaccountable for allegedly lying twice to Congress.

According to Politico, last week, the McConnell-backed super PAC canceled about $8 million worth of ad buys in Arizona, where Blake Masters is in a right race with Democrat Sen. Mark Kelly. The incumbent leads Masters by about five points, August polling revealed. Peter Thiel, MAGA billionaire investor, is trying to convince the fund to recommit money to the race.

“McConnell told Thiel over the phone last week that Vance’s race in Ohio was proving more costly for the Senate Leadership Fund than anticipated, that money was not unlimited and that there was a need for the billionaire to ‘come in, in a big way, in Arizona,’” the Washington Postreported Wednesday.

McConnell’s wife, Elaine Chao, has an estimated net worth of $24 million dollars in connection with her father’s shipping company, which is linked to China’s biggest state-funded shipyards. McConnell’s net worth in 2018 was estimated to be $34,137,534. 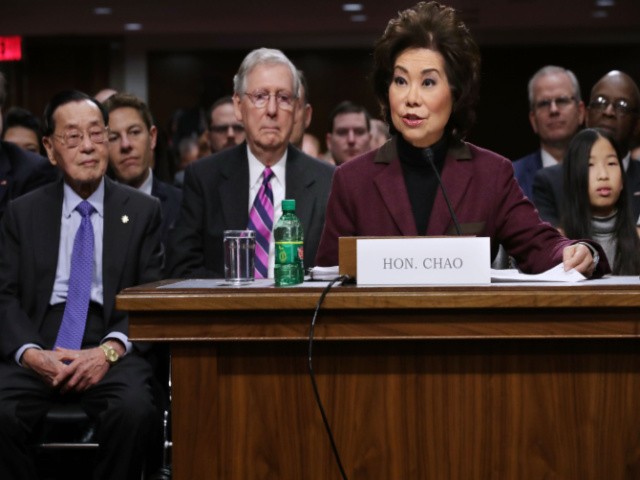 Elaine Chao testifies during her confirmation hearing to be the next U.S. Secretary of Transportation before the Senate Commerce, Science and Transportation Committee as her husband, Senate Majority Leader Mitch McConnell (R-KY) (3rd L) and her father Dr. James Chao (L) look on in 2017 (Chip Somodevilla/Getty Images).

“Law, in a call with Thiel the day before his group cut back on the Arizona ads, expressed concern about Masters as a candidate and pessimism about his campaign’s viability,” the Post continued. “Both Vance, 38, and Masters, 36, are friends and former business associates of Thiel’s; Masters stepped down from roles at Thiel’s investment firm and foundation this year.”