Kanye West will buy out free speech-friendly social media platform Parler in the wake of his Twitter and Instagram accounts being suspended, according to multiple reports Monday.

Parent company Parlement Technologies announced an agreement in principle for the rapper to take control through a financial investment in a press release along with a posting to Parler. 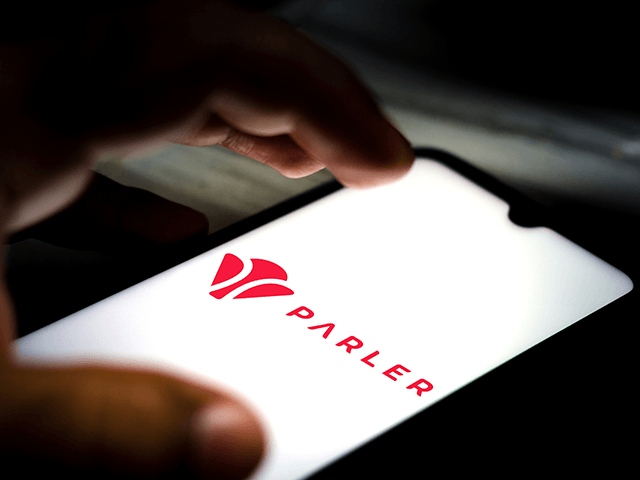 The Wall Street Journal reports the company said the acquisition “ensures Parler a future role in creating an uncancellable ecosystem where all voices are welcome.”

The bid follows West’s antisemitic rants this past weekend as he targeted what he called, “Jewish media,” while blaming Jews for a host of other ills in his life, as Breitbart News reported.

In his recent interview on Revolt TV’s Drinks Champs podcast hosted by rapper Noreaga, aka N.O.R.E and DJ EFN, West ranted about how the “Jewish media” has silenced him from speaking out.

Now he is looking to buy an outlet of his own.

“In a world where conservative opinions are considered to be controversial we have to make sure we have the right to freely express ourselves,” said West in a statement released by Parler.

West’s net worth is reportedly $2 billion. Much of his fortune comes from his Yeezy sneakers brand and partnerships with Gap and Adidas.

Parler chief executive George Farmer said: “This deal will change the world, and change the way the world thinks about free speech. Ye is making a groundbreaking move into the free speech media space and will never have to fear being removed from social media again.”

Under the terms of their agreement in principle, the parties intend to enter into a definitive purchase agreement and expect to close during the fourth quarter of 2022.

Earlier this month, West was criticized for wearing a White Lives Matter T-shirt to his collection at Paris Fashion Week, as Breitbart News reported.