Democrat-run New York City is now so rat-infested that citizens and businesses will no longer be allowed to take the trash out to the street until after 8 p.m.

Via the far-left Bloomberg: “The city will change the time households and businesses are allowed to take out the trash to the street for collection to 8 pm from 4 pm, Mayor Eric Adams said at a press conference[.]”

Emma Court, the Bloomberg reporter at the press conference, used her Twitter account to highlight the absurdities uttered there:

That is exactly the kind of childish and cutesy language we’ve come to expect from Democrats. These people aren’t about solving problems. They’re only about winning over the forever-babies on Twitter who love this kind of talk.

What’s more, rather than solve the problem with, you know, cleaner streets and timely garbage pickup, these politicians are making the lives of New Yorkers all the more difficult with a symbolic policy change that will solve nothing. The rat problem is not a by-product of citizens and businesses. The rat problem is a by-product of lousy municipal services and countless homeless people who turn the streets into wastelands of filth and trash.

New York City’s annual budget is right around $100 billion — that’s billion with a “B” — and with $100 billion per year to spend, the city can’t pick up the garbage in a timely fashion?

That’s not a budget issue. That is political malfeasance, ineptitude, and naked incompetence. 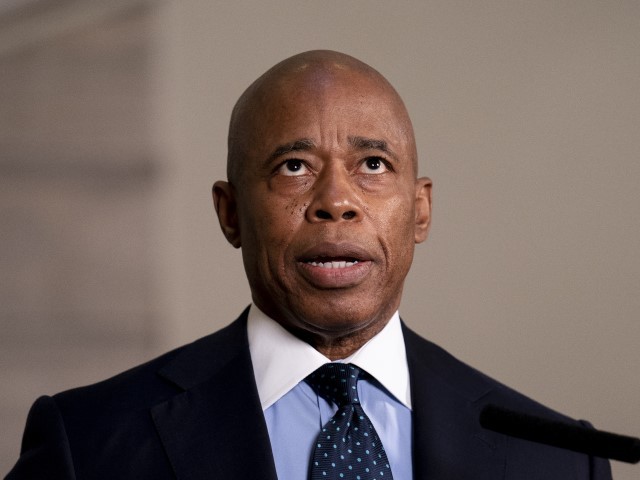 Garbage pickup is one of the basics of governing. You maintain the roads. You clear the snow. You deliver the mail. You keep the power and water on. You pick up the garbage.

How do you fumble something as basic as that?

And why do New Yorkers put up with it?

It wasn’t long ago, under Republicans Rudy Giuliani and Mike Bloomberg, that New York City was a model city: safe, clean, pleasant… What Giuliani did to turn that city around was nothing short of a miracle. But then Bloomberg went left. That commie De Blasio was allowed to serve two mayoral terms. And now this new mayor, Eric Adams, seems too busy clubbing and virtue signaling to handle the basics.

Out here in Trumpland, we don’t live like this. Our streets are safe and clean. There are no rat infestations, no hate crime crises, no mass shooting crises… And we manage to live together like decent human beings with budgets that don’t even nudge into the $100 billion range, or what adds up to more than $11,000 per person per year.