Hispanic Americans, gravitating to the nationalist-populist wing of the Republican Party, are turning on Democrats over the top issues in this year’s midterm elections: Crime, inflation, immigration, and a corporate-backed woke social agenda.

Tim Alberta for The Atlantic traveled across Arizona, Florida, and Texas to find that Hispanics who had been voting for Democrats for decades have since turned on the party as it moves toward an economic and social agenda embraced by white college-educated Americans.

The move, as The Atlantic details, is coalescing working and middle class Hispanics into the fold with white non-college-educated Americans to shape the GOP base.

Turning out just 10 percent more of those non-registered white working class voters, coupled with a growing number of Hispanic Americans moving towards Republicans, could amount to a red wall that would be devastating for Democrats nationwide.

In Arizona, longtime Hispanic Democrats said, “The party doesn’t care about us” as political scientist Ruy Teixeira confirmed, “It was the college-educated white voters who won the election for Biden,” not Hispanic support. 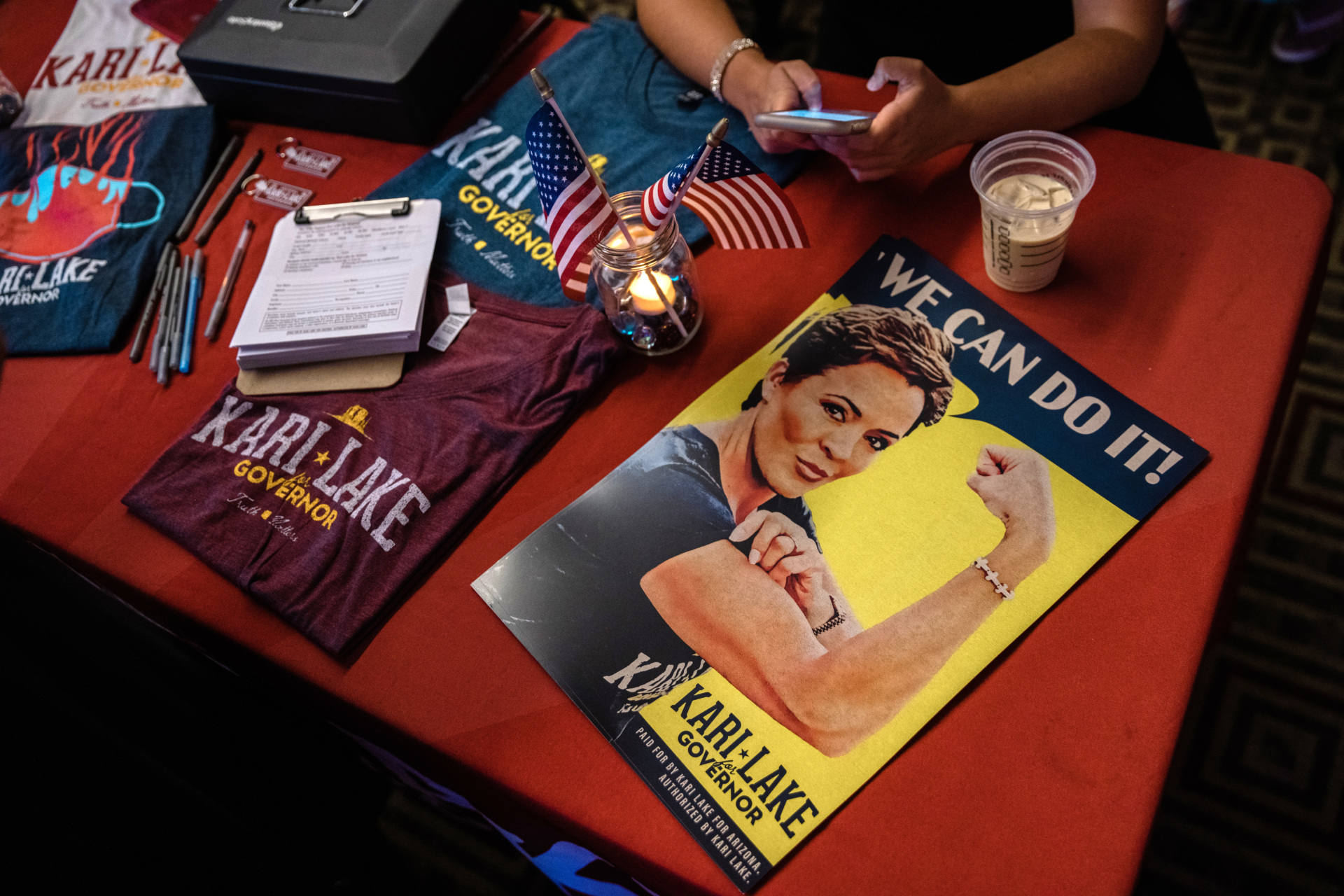 Carlos Odio, a Democrat activist in Miami, Florida, said Democrats are suffering immensely with Hispanics because of their “class disconnect” in which upper-middle class and wealthy values like pronoun preferences, transgender ideology, and a utopian vision for open borders, are prioritized over the economic needs of working and lower-middle class communities.

Another Miami Democrat, Maria-Elena Lopez, told The Atlantic she called the Democrat Party “a charity” offering welfare, free housing, and more public benefits to Hispanics. The only problem, she said, is that “These people don’t want charity.”

“They are not here because the sea levels are rising, or because of social justice, or anything else,” Lopez said. “We’re not out there talking about racism and the Green New Deal and defunding the police, and we’re freaking them out.”

Specifically, Lopez noted Democrats’ insistence on inventing gender-neutral language that appeases the sensibilities of their white college-educated base of voters. Even though just two percent of Hispanic Americans said they use the term “Latinx,” that has not stopped Democrats from adopting the language which many now consider a slur. 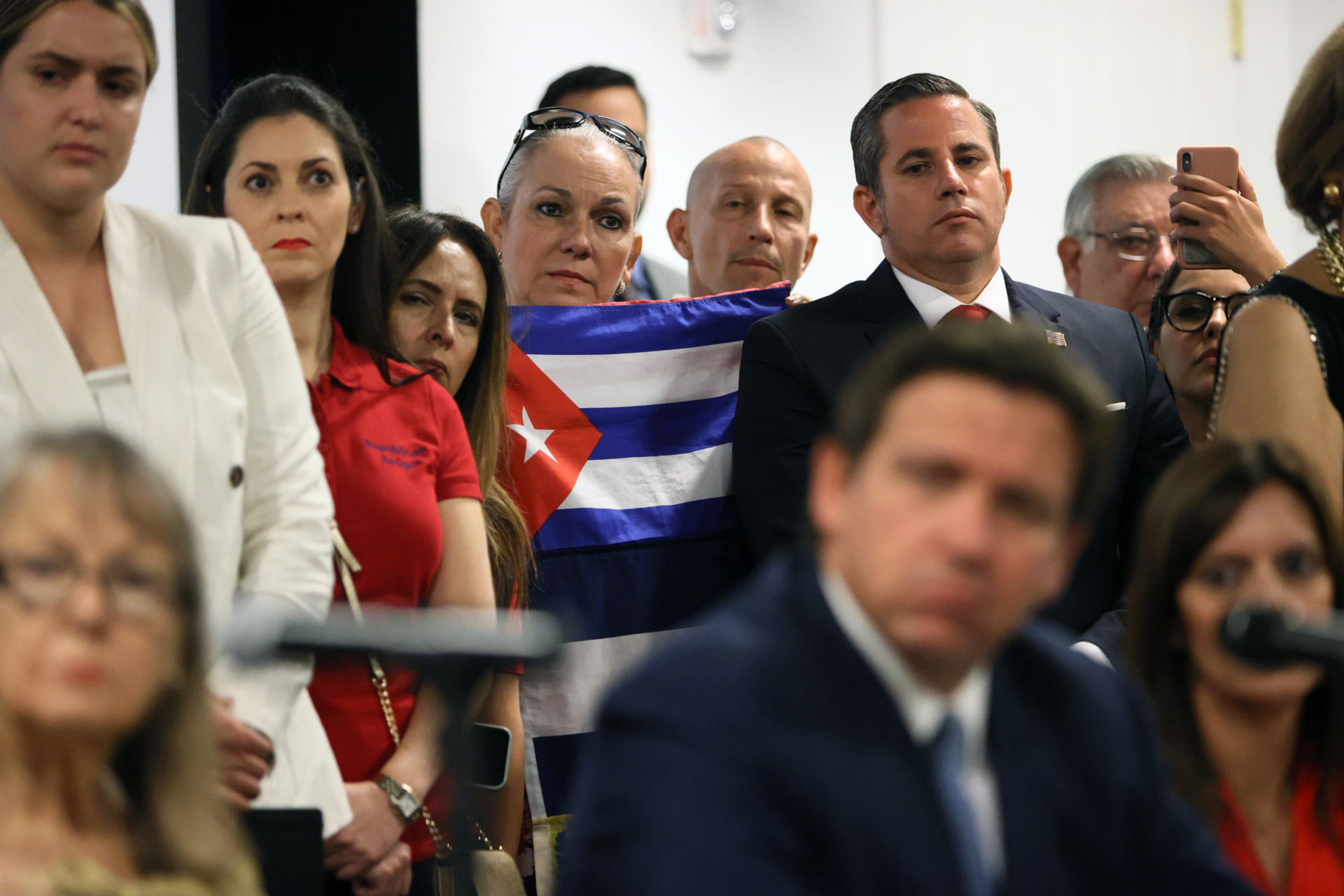 A woman holds a Cuban flag as she stands behind Florida Gov. Ron DeSantis during a roundtable discussion about the uprising in Cuba at the American Museum of the Cuba Diaspora on July 13, 2021 in Miami, Florida. (Joe Raedle/Getty Images)

In Texas, Hispanic Americans are being driven away from Democrats due to mass illegal immigration flooding their communities and the party’s support for the Biden administration’s handling of 5.5 million arrivals at the southern border and 1.35 million released into the United States.

Democrat Bruno Lozano, the former mayor of Del Rio, Texas, told The Atlantic he is considering quitting the Democrat Party altogether after he repeatedly warned officials about record-setting illegal immigration that was wreaking havoc daily on his small community.

Those warnings, he said, fell on deaf ears as Democrats and their base of white college-educated voters romanticize the idea of open borders and helping the world’s poor at the expense of working and middle class Americans. 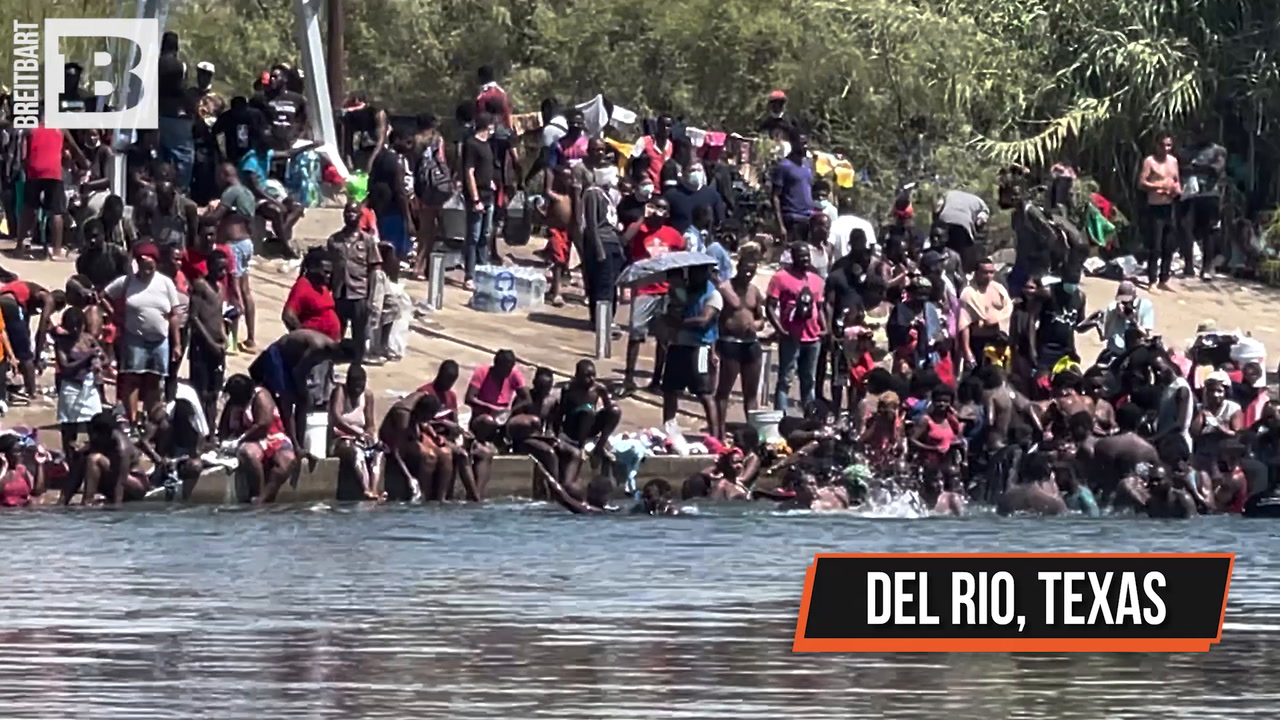 “It’s easy for them to romanticize this whole situation. ‘They’re struggling! They need help! They’re coming here for a better life!’” Lozano said. “It’s harder for them to come look at bodies of people who died in 107-degree heat. Kids who drowned. Border Patrol agents — who they’re so opposed to –trying to help pregnant mothers. None of this fits their narrative.”

One such Hispanic Democrat said the shift toward Republicans’ nationalist-populist message and agenda is showing up in party registration data. Whereas Hispanic voters overwhelmingly registered as Democrats in prior election cycles, more than 50 percent of young Hispanic voters are registering as independents in Arizona.

“I don’t blame them,” the Democrat official told The Atlantic.