A family put an encoded message on their father’s gravestone as a way to honor him, but the cemetery staff finds it offensive.

At the Warren-Powers Cemetery in Polk, Iowa, the quote on Steven Paul Owens’ stone seems harmless upon first glance — until the epitaph is revealed. The first letter of each line on his tombstone reads “f–k off.”

When speaking to WIBW news, the family said that this was a phrase that Steven often used in a joking manner.

“It was definitely his term of endearment. If he didn’t like you, he didn’t speak to you. It’s just who he was,” daughter Lindsay Owens told WIBW news.

The quote specifically says, “Forever in our hearts. Until we meet again. Cherished memories. Known as. Our son, brother. Father, papa, uncle. Friend and cousin.”

But the cemetery staff has reportedly been against this idea for the gravestone from the very beginning, mentioning how swearing has no place in people’s eternal resting place. 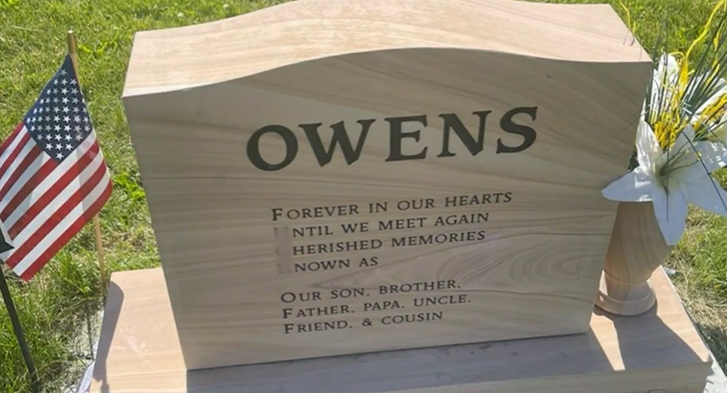 The Owens family is said to be hopeful that the stone will be able to stay.

“No one’s forcing anyone to come out and look at it. That’s a choice that you make. We didn’t do it to offend anyone, make anyone mad or hurt anyone’s feelings,” son Zachary Owens said.

“We did it because it was our father, and we love him, and that’s how we remember him.”

According to WIBW, the gravestone is still currently standing.