At least 20 people were shot, one of them fatally, Friday into Saturday evening across Mayor Lori Lightfoot’s (D) Chicago.

A group of people were gathered outside a home “in the 3300 block of West Flournoy Street” Friday, when a vehicle drove by and someone inside of it opened fire.  A 33-year-old man was struck by numerous bullets and taken to a hospital, where he was pronounced dead.

Four other people were injured in the drive-by shooting, and all four were taken to the hospital in good condition. 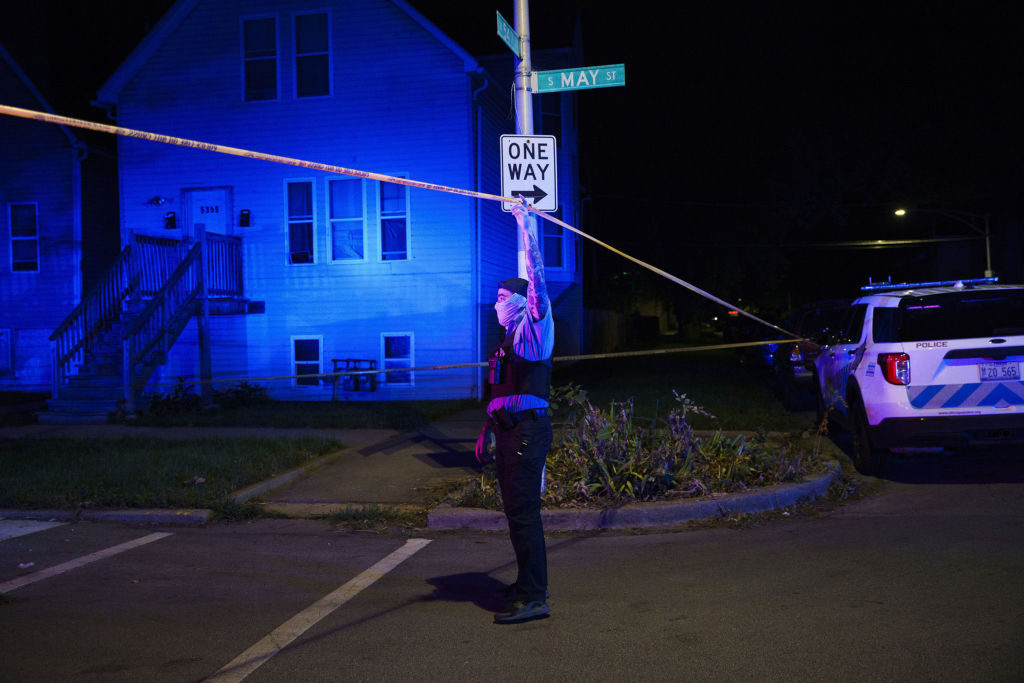 File/Police work the scene on Aug. 12, 2022, where an officer shot a person Thursday shortly before midnight near the 5300 block of South May Street in Chicago. (Armando L. Sanchez/Chicago Tribune/Tribune News Service via Getty Images)

Breitbart News noted at least 45 people were shot last weekend in Mayor Lightfoot’s Chicago, and six of those people succumbed to their wounds.